I’ve only just realized that I have missed one bit of my adventures!!!

Before Windsor Castle, and just before playing in the forge at UCA with Julian Coode I decided to pop up to London on Saturday February 21st to visit UK Parliament.  I wanted this trip to be an easy day, just a visit to Big Ben, a jaunt around the Palace of Westminster, and maybe a walk along the south bank before heading back to Farnham.  It took a minute for me to find my way inside, as the ticket office is down the street and around the corner… however, once through the gate I was taken aback at the grand size of the entrance hall.  I later learned that the grand ceiling woodwork was made in Farnham. 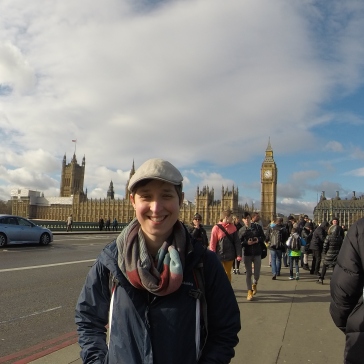 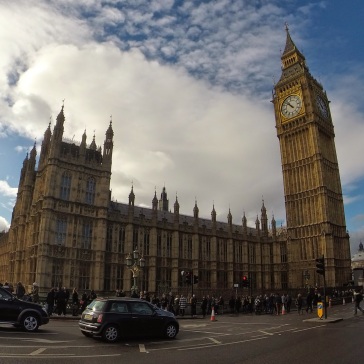 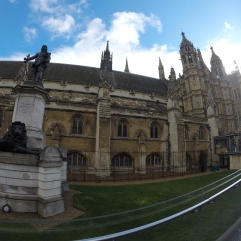 This place was massive in scale. UK Parliament is made up of a series of buildings.  My objective, House of Commons and the Palace of Westminster. The visit was self toured with a remote operated audio guide.  This device was full of fun facts and interesting details.  Sadly, the inside of the House of Commons does not permit photographs, and at one point I was even made to take off my hat (and called a sir).  There were a few moments in which I took the opportunity to sit down and sketch a few details of the architecture or just sat to people watch, but mostly just enjoyed the history and my wandering about.   I did manage to snap a few photos before leaving: 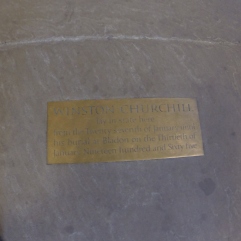 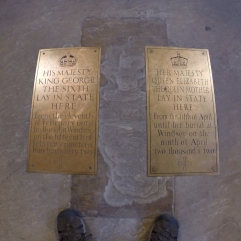 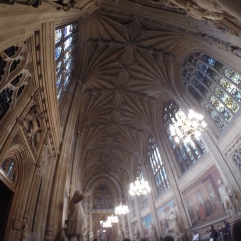 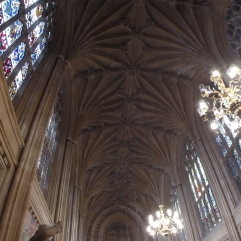 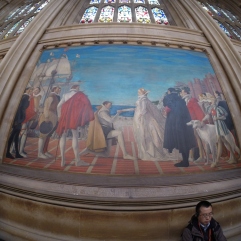 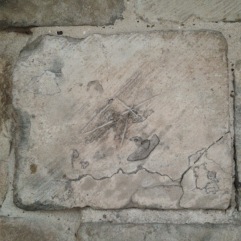 After Westminster, I walked a bit around London, stopping at Westminster Abbey (although it was closed) and then along the south bank of river.  Before I knew it, I had made my way all the way around to Shakespear’s Globe Theater.  Feeling rather exhausted at this point and still needing to walk back, I headed back towards Waterloo Station to head home.  Here are a few more photos from my day: 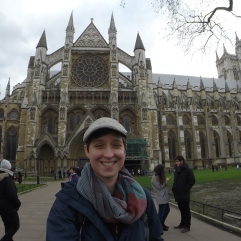 Smile for the selfie with Westminster Abbey

The remnants of London Bridge 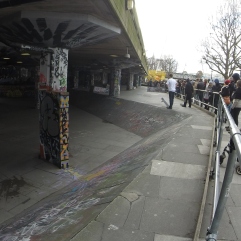 I think that’s about it for this post…  Keep an eye out for my next post about what happened in Iceland!
And if you’d like to help support my journey, please take a look at my fundraiser at www.gofundme.com/MeredithTibjash

Until next time, take care.

Pearls! All fresh water and sterling silver.
Freshwater pearls
Making displays and other goodies!
Finished stools have been safely delivered to Cleveland and in their new home!